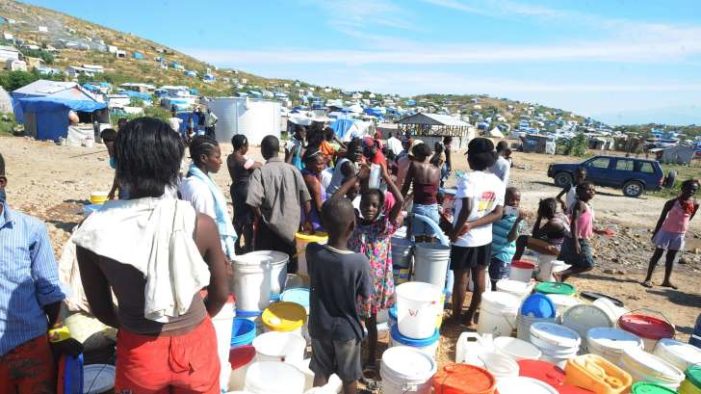 Paid employees of the evangelical Christian charity were accused of forcing Haitians in 2010 to have sex or pay money for World Food Program aid, according to a report in the Mail on Sunday.

A statement from World Vision said the allegation “misrepresents our actions and omits key findings from our investigations which we described publicly… several years ago”.

“Evaluations” carried out by World Vision “highlighted a number of issues in government-run camps; of nepotism, sexual exploitation and inaccurate record-keeping”.

But the statement said: “World Vision’s extensive investigations into these issues revealed that those involved in sexual exploitation were not World Vision staff.

“They were community volunteers and cash-for-work beneficiaries themselves.”

The charity said it reported the issues to authorities and implemented training and follow-up procedures to “cut down on these practices”.

If anybody wants to report “inappropriate behaviour” by World Vision employees they should report it to their whistleblower hotline, the statement added.

On Saturday Oxfam admitted it knew about a Save the Children report from a decade ago which suggested “significant” abuse was being carried out by aid workers from unspecified charities overseas.

The 2008 report resurfaced on Friday and detailed horrifying abuse including food in return for sex acts and a 15-year-old girl being offered the equivalent of £2 and some chocolate to perform a sex act on “a couple of humanitarian men”.

More than 340 people were spoken to in total, revealing “inadequate” safeguarding against “significant levels of abuse of boys and girls”, much of which was inflicted during emergencies and went unreported.

The report – which uncovered “every kind of child sexual abuse and exploitation imaginable” – found that children were fearful of telling anyone about what was happening because they thought they might lose out on future aid.

Save the Children recommended the establishment of a global watchdog to evaluate how agencies tackled abuse, including the launch of an effective complaints procedure.

The report came to light just hours after Oxfam chief executive Mark Goldring bemoaned the “scale and intensity” of the criticism the charity had received over the scandal.

Since the allegations, Oxfam has issued an “unreserved apology” to the Government, donors, supporters and the people of Haiti over its handling of the claims.

The charity has also agreed to stop bidding for Government funding until ministers are satisfied it can meet the “high standards” expected.

World Vision accused of making survivors pay for aid with sex in Haiti added by haitihebdo on February 18, 2018
View all posts by haitihebdo →