“I definitely feel like there was a lot of pressure for this,” Osaka said. “I think it’s maybe because I haven’t played in the Olympics before and for the first year (it) was a bit much.” 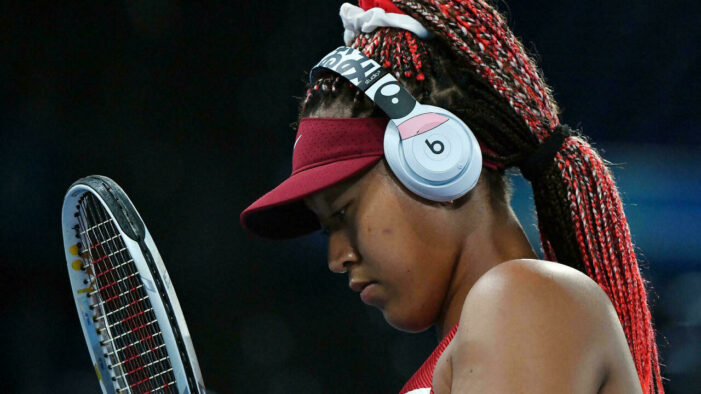 Osaka, who was born from a Haitian father and a Japanese mother and grew up in the United States, struggled with her usually reliable groundstrokes while the left-handed Vondrousova produced a series of drop-shot winners and other crafty shots that drew her opponent out of her comfort zone.

The start of the Tokyo Olympics, however, will forever be a bright memory for the tennis superstar.

Osaka herself said after lighting the Olympic cauldron during last week’s opening ceremony that it was “undoubtedly the greatest athletic achievement and honor I will ever have in my life.”

So maybe — just maybe — that will allow Osaka to cope with her unexpected 6-1, 6-4 loss to former French Open finalist Marketa Vondrousova of the Czech Republic in the third round of the Olympic tennis tournament on Tuesday.

“I’m disappointed in every loss, but I feel like this one sucks more than the others,” Osaka said.

As the highest-paid female athlete in the world and the host country’s poster-girl for the Games, the huge expectations were hard to handle.