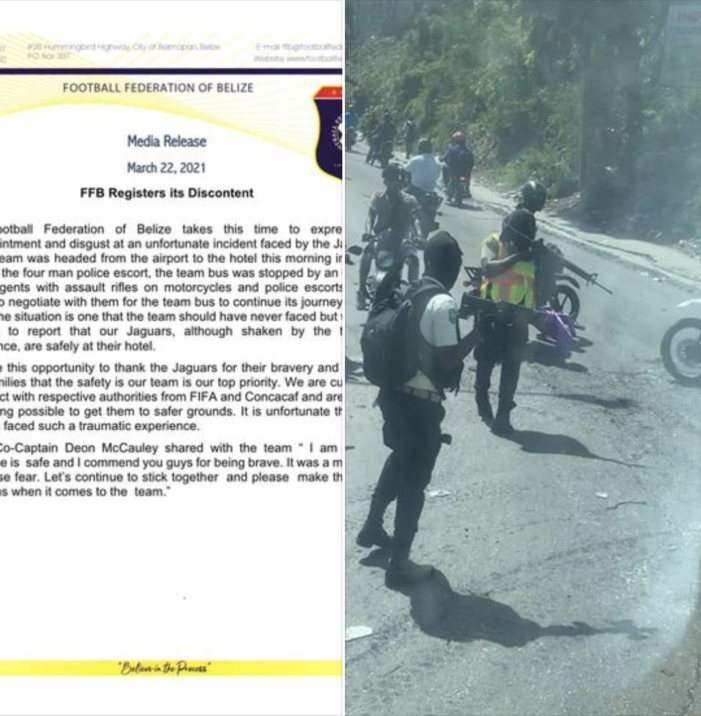 The Belize men’s national soccer team was stopped by gunmen in Haiti just minutes after it had arrived in the country for a World Cup qualifier — and video from the scene is beyond troubling.

The Belize national team officials said in a statement Monday they were making their way from the airport to their hotel 3 days prior to their big soccer match … when a band of armed insurgents on motorcycles pulled them over at gunpoint.

You can hear the soccer players in the bus describing the demands the insurgents were making — “They said, ‘Pull over or else!'”

The footage shot from inside the team bus shows dozens of men — some armed with large firearms — order the driver to pull to the side of the road, despite the team having a 4-man police escort.

Belize officials said cops were forced to “negotiate” with the men in order to leave unharmed — and, thankfully, they were allowed to move forward with no one getting hurt in the confrontation.

No word on what the team had to give the men in order to leave.