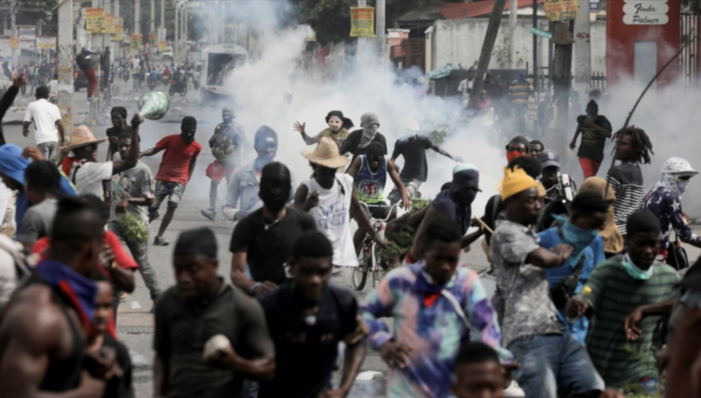 Demonstrators in Haiti have taken the streets again demanding the resignation of de facto Prime Minister Ariel Henry and shouting against foreign occupation as solicited by the government last week.

Ariel Henry has demanded “the immediate deployment of a specialized armed force, in sufficient quantity” to stop the “criminal actions” of armed gangs across the country.

While the idea of an armed forces on Haiti soil to solve the security problem may be taken into consideration by some, it is unanimous that the government itself has failed to rule the country after the assassination of then President Jovenel Moise las week.

UN Secretary has requested Sunday an immediate deployment of military troops to help the country take back control of its ports from powerful gangs and provide aid as Haitians confront a deadly cholera outbreak.

Haiti: Protesters are shouting against “foreign occupation” added by haitihebdo on October 11, 2022
View all posts by haitihebdo →